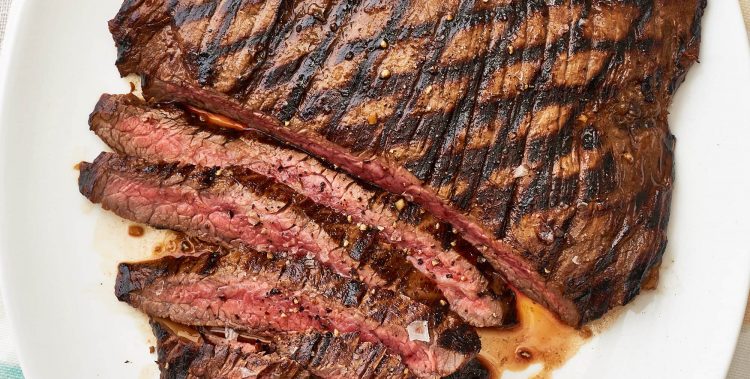 How I ended up a carnivore

I follow a somewhat unusual way of eating. It’s somewhere between a couple of different “diets” so it doesn’t quite have an official name, I guess. But I’m not the only one who does it, so it does have nicknames. The most popular one is #ketovore.

So what the heck is #ketovore, and how did I end up choosing to eat this way? Well, it didn’t really start with me. It started with my husband.

A couple of years ago, I was in what I considered a very healthy period of my life. I ate well (or at least that’s what I thought at the time), did HIIT and yoga, went on daily walks, and followed several health and fitness “gurus” on youtube and instagram so the decisions I was making were informed. And, granted, I looked good. I was slim, fit, strong. The mirror and I were finally besties, and I proudly wore a 2 piece bikini in I don’t even know how long. But I didn’t quite feel awesome all the time. I felt sore and tired a lot, and my stomach wasn’t great pretty often. Thinking back, I was probably over training and under eating. I didn’t know better.

At the same time, my husband was having serious gut health issues. We tried many things: elimination diets, high fiber, low fat, drugs… at one point all he ate was baby food I made for him.

Some of the things we tried provided temporary relief, but the pain always came back with a vengeance.

In 2018 he started taking Apple Cider Vinegar before every meal, and that was probably the best “remedy” he found, but it still didn’t completely solve the issue.

So one day, as I was watching one of those health and fitness youtubers, she mentioned the #carnivorediet. I was pretty curious – unlike many youtubers out there, this person actually does a lot of research and is not one to follow fads. She did a 1 week experiment on the carnivore diet and, at the end of it, she realized that her gut felt better than at her previous “best”. The carnivore experiment got rid of bloating she didn’t even notice before.

Oh well, my husband had tried everything else, so why not this?

I mentioned it to him and he was going through a pretty bad stretch, so he decided to try it almost immediately. We did a little more digging to make sure this wasn’t a terrible idea and he went ahead with it.

Now, I never had gut issues like he did – I guess I’d say I’ve never really had any gut issues. So he embarked on this journey alone, and I watched from the bleachers while enjoying my fully macro-nutrient balanced meals. And occasional cookies. 😉

Initially, he felt terrible, but we knew that would probably happen – it’s part of the adaptation period. It was a tough few weeks. But after that period passed, he started to feel better. He learned some things about his body and was able to steer his diet (and supplements) in a way that worked for him.

So, he finally started to thrive. About goddamn time.

And then, of course, he started to suggest that I give it a try.

Well, I didn’t have a gut issue. And I am a foodie – have always been. So the thought of abandoning all the delicious foods I love for no good reason didn’t really appeal to me.

But I kept doing research on it, joined a couple of keto and carnivore facebook groups, watched more and more youtube videos. And slowly it dawned on me – this is how all human beings should be eating. For many years we’ve been told that meat is bad, fat is bad, etc etc. But weren’t we once told that cigarettes were good? That we should use margarine instead of butter?

Anyway… the more I heard/read/watched, the more convinced I became that I should give it a try. So I did.

However, I didn’t want to go strict carnivore. I wanted to keep my options open (yes, I come from a dessert family). So I went “meat heavy keto” instead. And that worked. Ribeye, creamy mushrooms, fat bombs, a little bit of salad here and there… it was great.

But we were cheating too.

Mind you, I didn’t need a cheat day. Matt did. After so long battling food, he was (is) finally in a place where a little cheat here and there was something he could (can) handle. And he needed (needs) it more for his sanity than anything else – at least one day when he just doesn’t give a f*ck.

Little old Barbee here? She doesn’t need it – at least so far. But she really misses going out on dates with her husband, and can anyone tell me of a date that doesn’t involve food? Impossible. Our entire culture revolves around food.

So yes, we cheat on weekends. Whatevs.

But after Thanksgiving, I felt so crappy from eating all those foods that I figured I’d be a good girl and stick to the diet for a while.

Currently, I eat pretty much the same thing everyday. I have coffee with milk in the morning, I add keto friendly sweeteners like monk fruit or stevia. Then I have ribeye for breakfast/lunch. In the afternoon, I might have a hot chocolate (also keto friendly) and some other meat for dinner. Pork ribs, chicken thighs, hearts, or liver, and I’m about to attempt beef heart. Yes, I do eat organs. They’re good for you, but I only eat the tasty ones. 😉

And then, closer to the end of the day, I have some peanut butter. I consider it my cheat, but the amount I have still allows me to stay within #keto boundaries.

I don’t bother with fat bombs or anything of the sort. This is the most convenient way of eating I’ve ever had. I don’t worry about not getting enough nutrients; people don’t realize this but meat has pretty much everything you need – except maybe vit C, which seems like you need less when you don’t eat carbs. So I’m not worried.

I do take a potassium supplement for leg cramps. Some people have them.

I eat a sh*t ton of salt – I even drink a mixture of salty water every morning. It’s my thing.

And I also take some adaptogens – but we can chat about that some other time. It’s another controversial and possibly lengthy conversation.

Most people get into #keto, #carnivore and #ketovore for weight loss or because of a health issue. That’s not why I do it. I do it because I want to live a long, healthy, and active life, and not become a burden at the age of 60.